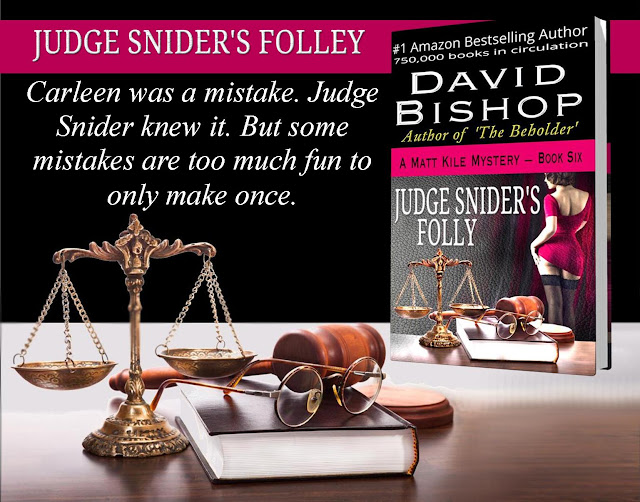 Another story in the popular Matt Kile Mystery Series. All the Matt Kile mysteries have 4 plus average stars, and have been on Amazon bestselling lists, including the coveted number one position.
Some murders are big, splashy, front-page stories. This isn’t one of them. Judge Snider’s Folly is an intimate story involving people who could live down your street. Judge Snider knew Carleen was a mistake. But some mistakes are too much fun to only make once.

More About the Author, David Bishop 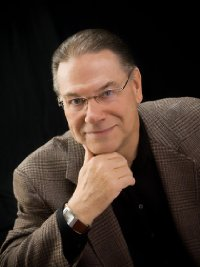 David Bishop stuck his author nose under the edge of the mystery tent with his first novel in October 2011. Since then his mysteries have maintained a constant presence on Amazon Best Selling Lists in multiple categories of mystery novels. He has also been listed numerous times among the 100 best selling authors of mysteries, including appearances among the top 10. Also numerous lists of Amazon Top-rated mysteries. For the month of May, 2015, David Bishop was an Amazon All-Star Author--one of the bestselling 100 authors in Amazon.

As a writer, I conjure up occurrences designed to quickly bring the story to a roiling boil. Along the way, I invent people. Victims and villains and heroes are needed, as well as a supporting cast. I make these people fun and interesting so you will welcome them and introduce them to your friends. Primary characters need habits and tics and talents, the qualities that bring them to life and make you love them or hate them. You'll want to see them humiliated or hunted down, be sucessful or seduced.


Book cover and design by - http://bit.ly/ParadoxBookCoversFormatting

Posted by Patti Roberts at 1:20 AM No comments: