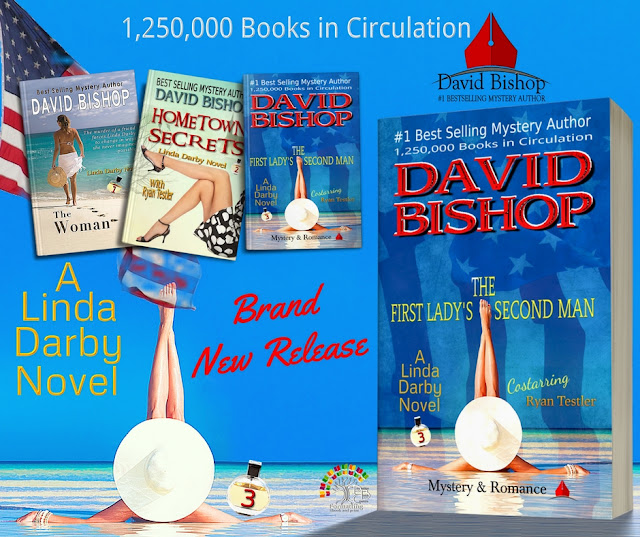 Linda Darby Mystery - Book 3
An assassination is planned in Syria.

An extramarital affair occurs in Washington, D.C. The U.S. President decides to run for re-election.

A mother and her daughter in Oregon are threatened. Relentlessly, Linda Darby and Ryan Testler are pulled toward these seemingly disparate events until their only way out is to confront what is quickly becoming unavoidable.


David Bishop stuck his author nose under the edge of the mystery tent with his first novel in October 2011. Since then his mysteries have maintained a constant presence on Amazon Best Selling Lists in multiple categories of mystery novels. He has also been listed numerous times among the 100 best selling authors of mysteries, including appearances among the top 10. Also numerous lists of Amazon Top-rated mysteries. For the month of May, 2015, David Bishop was an Amazon All-Star Author--one of the bestselling 100 authors in Amazon.

As a writer, I conjure up occurrences designed to quickly bring the story to a roiling boil. Along the way, I invent people. Victims and villains and heroes are needed, as well as a supporting cast. I make these people fun and interesting so you will welcome them and introduce them to your friends. Primary characters need habits and tics and talents, the qualities that bring them to life and make you love them or hate them. You'll want to see them humiliated or hunted down, be successful or seduced. 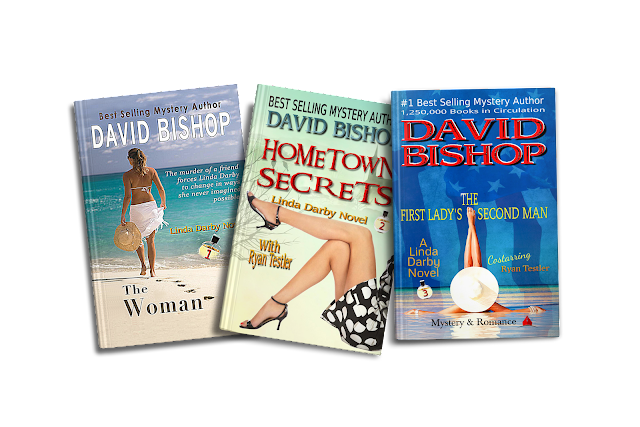 Posted by Patti Roberts at 3:27 AM