99c FOR A LIMITED TIME ONLY - BY Peter Henri

A Fair Dinkum Pain In The Neck

"A down to earth, yet truly inspirational book about surviving and living with cancer." Patti Roberts.

"Mr Henri's book is an inspiration to anyone dealing with illness, or any adversity." Tabitha Ormiston-Smith.
It’s every person’s nightmare – a diagnosis of cancer. 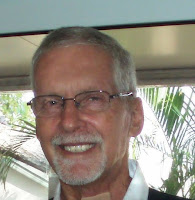 Himself an allied health professional, Peter found himself suddenly on the other side of the table when he was diagnosed with laryngeal cancer. This book follows his journey, both from the point of view of a surprisingly amateur patient and from that of a health professional, through emergency surgery, the ensuing radiotherapy, recovery and his eventual return to work.

Devoid of any hint of a victim mentality, this cathartic story serves as both an account of what the whole cancer trip is really like and a profound reflection on the damage to personal health, and to the general health of the nation, that comes from tobacco use.

When I first had thoughts about writing this I wanted to make sure that I didn’t make it another ‘how I survived cancer’ or ‘how I coped with cancer’ book. In fact, in the case of laryngeal cancer, it is my opinion that if you wake up after the operation, then you’ve survived, in which case a book on the subject would be extremely short and would simply read something along the lines of, “Well, bugger me! I’m still alive.” Mind you, if that was your thought immediately following the operation, then the statement would definitely need to be put in writing, as it would not be possible to state it verbally. By the same token, I did not want to write along the lines of those books that purport to offer “the only” cure, or “the only” way to prevent or recover from cancer. I prefer to think that it takes more than just a special diet, or an exercise regime, or a particular form of meditation, or a mind control technique as a “stand alone” miracle prevention or cure. However, it is also very important not to discount people’s experiences with cancer and what they believe helped them.

How long you survive after an operation, or chemotherapy, or radiotherapy, or all of those combined is, depending on your philosophy, either in the hands of the gods or what you can do yourself with the help of the health profession. Or perhaps it might be good thinking to have a dollar each way. You never know. In referring to the health profession I include all of health, that is, in my view, as well as medical procedures and pharmacotherapy, the health profession encompasses mental health, allied health and alternative health.

There is, however, an important choice. That is, whether you choose to focus on simply surviving and coping or whether you choose to add value to survival by dealing with it and getting on with living and seeing the experience as just that, a life experience that actually adds value to your life. And by living I mean growing. I don’t mean growing old, I quite simply don’t believe in that concept; you keep growing until you die. Certainly if you live past fifty or so, the physical wear and tear begins to show in no uncertain terms, and if you should live to a ripe old age there can be shrinkage and curvature and a lessening, or in extreme cases, a loss of some functions. However, that’s not growing old; it’s getting old or simply ageing, and more than likely, as in my case, the aches and pains are the rewards of a misspent youth. In other words, it’s a concept of time, of wear and tear, not of growth. So, if you don’t keep growing until you die, and that is growing in knowledge and experience and, most importantly, in the emotional and spiritual self, you are missing out on life.

I know some people in middle age who are quite a bit younger than I am in years, but who I believe appear and act older than I do in terms of being old. They seem to concern themselves with an ever-increasing need to add to the value of their material assets, and spend the day worrying about the future rather than getting value out of the day, and often without adding to the value of themselves as a human being. For them, their sense of childlike fun is replaced by ‘mature’ or ‘adult’ humour, and some can be heard to remark that their own parents’ or grandparents’ behaviour is as if they are into their second childhood. My thoughts on that are: why is it necessary to leave the first one behind? Keep it with you. After all, it’s part of you, so don't discard it and then find it later during a nostalgia trip in an old photo album. I also know people my age and older who spend their time looking back and commenting on what might have been, or using “in my day” as a preface to a statement. Well our day is now, today, not yesterday, not tomorrow. And lastly, I know some people who are substantially older than I am in years, but who show the verve and vigour and importantly, the good humour and sense of humour of youth. However, unlike the young, they have the wisdom of years to call on. So I do mean growing. Life is about experiences, and learning in all ways from those experiences is growth. Living, and therefore growing, in the human experience is also about love, both giving and accepting, and for me it was the love of family and friends that made the choice to deal with what beset me and get on with living and growing, rather than simply coping and surviving, an easy option. I will also add that I see my friends and my family as being all family and all friends. 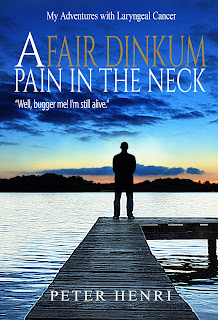 Peter Henri was born and grew up in Sydney, Australia. He spent time as a young adult travelling and working in Queensland and the Northern Territory before returning to Sydney where he married. After the birth of his son, he and his wife moved to the rural coastal area, south of Adelaide in South Australia. They had a hardware business and a wholesale tool business before Peter trained to become a life insurance agent.

Peter entered the Flinders University in South Australia where he studied sociology and psychology. Peter also studied Transactional Analysis and Gestalt Therapy. He was also part owner of a coffee lounge, the reason for that according to him is that it was the only way he could get a proper Italian-style cappuccino.

A little over two years after he started his career in social work, he contracted laryngeal cancer, and it is the story of that, the treatment and the recovery from it that makes up the contents of this book.
He continues to work in the mental health field and now lives in the Darwin rural area where he continues to enjoy the tropical climate that he refers to as Paradise.

Reviews are important, if you enjoyed the book, please leave a review!

Posted by Patti Roberts at 3:53 AM