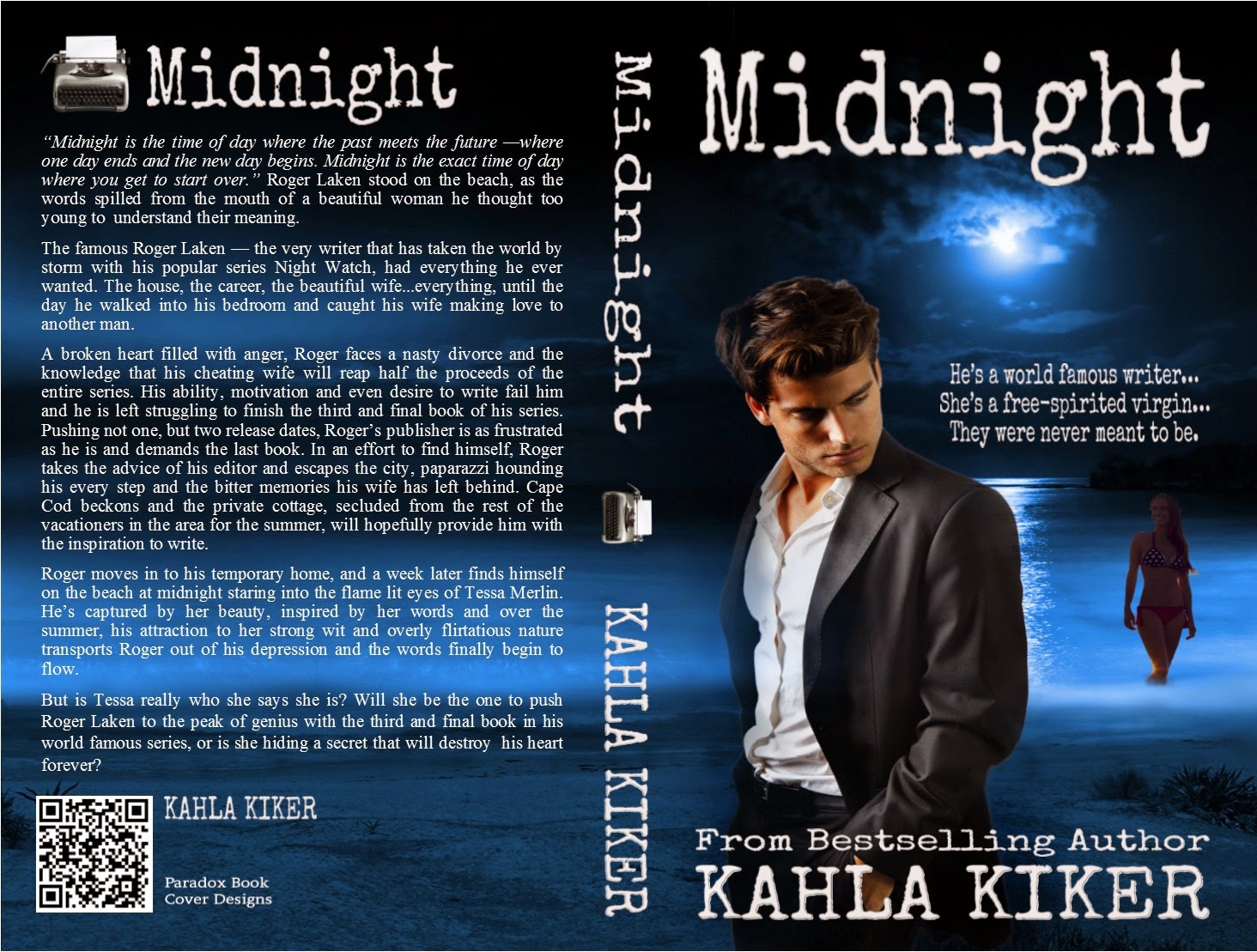 The famous Roger Laken —the very writer that has taken the world by storm with his popular series Night Watch, had everything he ever wanted. The house, the career, the beautiful wife...everything, until the day he walked into his bedroom and caught his wife making love to another man.

A broken heart filled with anger, Roger faces a nasty divorce and the knowledge that his cheating wife will reap half the proceeds of the entire series. His ability, motivation and even desire to write fail him and he is left struggling to finish the third and final book of his series. Pushing not one, but two release dates, Roger’s publisher is as frustrated as he is and demands the last book. In an effort to find himself, Roger takes the advice of his editor and escapes the city, paparazzi hounding his every step and the bitter memories his wife has left behind. Cape Cod beckons and the private cottage, secluded from the rest of the vacationers in the area for the summer, will hopefully provide him with the inspiration to write.

Roger moves in to his temporary home, and a week later finds himself on the beach at midnight staring into the flame lit eyes of Tessa Merlin. He’s captured by her beauty, inspired by her words and over the summer, his attraction to her strong wit and overly flirtatious nature transports Roger out of his depression and the words finally begin to flow.

But is Tessa really who she says she is? Will she be the one to push Roger Laken to the peak of genius with the third and final book in his world famous series, or is she hiding a secret that will destroy his heart forever?

ABOUT THE AUTHOR
Kahla Kiker, pen name 'K', is a writer who writes to elicit usage of imagination and feelings experienced by all mankind worldwide. K writes for the adventurer, the romantic, and the secret curiosity hidden in all of us. No genre left behind... When she's not writing or working in her career in finance, she enjoys traveling, shooting competitive sporting clays with her husband and cheering on her three very active children.

Available now on Amazon and other online stores.
Posted by Patti Roberts at 10:30 AM